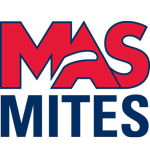 An outstanding group of coaches has been selected to lead the Mid-Atlantic Selects and Elite Advantage Hockey spring hockey teams as well as our summer hockey programs including Game Changer Summer Camps. The coaches are among the top in the region and bring a wealth of playing and coaching experience. A short bio on each coach is listed below.
(Coaches subject to change without notice)

Mike is the President and Director of Hockey Operations for Tomorrow’s Ice, the Hockey Director for the Navy Youth Hockey program, and spent 16 years behind the bench as Head Coach for Calvert Hall College High School.  While at CHC, Mike was named as a 2-time MAPHL Coach of the Year and has to most career wins in school history.  Mike’s focus is geared toward keeping a team environment which will foster the positive development as both a person and a player. Mike earned a Bachelor’s Degree in Education from Towson University where he also played defense for the ACHA Division 1 Tigers. While at TU, the Tigers were ranked in the top 10 and earned their first ever berth to the ACHA National Tournament.  Mike is a USA Hockey Certified Hockey Director.

Ed grew up in Bel Air, MD and started his playing career with the Baltimore Stars. He then moved on to play junior hockey in the MJHL for both the Central Penn Panthers and the Summerset Jr. Chill located in Pittsburgh. After playing in the MJHL he then moved on to play Junior “A” in both the NAHL and OPJHL. He is currently the Hockey Director at Ice World in Abingdon, MD and has been involved in player development at the rink for well over a decade. Ed is also the Head Coach for Towson University and is in an Assistant Coach at Fallston High School.  Ed is a USA Hockey Certified Hockey Director.

Jason, who grew up in Bel Air, MD has an extraordinary hockey background, including serving as an Asst. Teaching Professional for Tomorrow's Ice and the Mid-Atlantic Selects. Jason enjoyed a great Prep careeer ar South Kent in Connecticut followed by an All-ECAC stint at Lebanon Valley College. Shortly thereafter he was selected to play professionally for the Rio Grande Valley in the Central Professional Hockey league and more recently the Trenton Titans of the highly competetive ECHL. Jason is a coach and skills instructor with Navy Youth Hockey as well as an Assistant Coach for Towson University.  Jason is a USA Hockey Certified Hockey Director.

A native of Baltimore, Bryan plays professionally for Viking HC in Sweden.  Bryan has playing experience at the NCAA and ACHA levels. Prior to his NCAA life, Bryan had success playing in the Jr ranks for such teams as the Florida Everblades, East Coast Eagles, Frederick Freeze, and the Kalkaska Rhinos. Bryan had also worked as part of the Wolfe Goalie Development team and has toured with Future Pros goalie prospects school. Bryan joined the Tomorrow's Ice staff in 2012.  Additionally, Bryan is the Founder and President of Defending the Crease Goaltending.

Jeremy, who grew up in Lansdale, PA playing for the Hatfield Ice Dogs until 15U, before transitioning Tier 1 hockey with the Valley Forge Minutemen for 16U and 18U.  He then continued his career playing for Towson University. Jeremy was named to the second team All-ECHA his Sophomore year, and then named to the First team All-ECHA his Junior and Senior years. Jeremy finished his playing career in 2018, with the most points by a defenseman in Towson University history, and is in the top 15 in ACHA D1 history. Jeremy then transitioned to coaching as an Assistant for Tomorrow’s Ice 13U and 14U TIDP teams for the 2018-2019 season. He is also involved in skill development for the Junior Blue Hens organization as well as a coach with the Mid-Atlantic Selects.

(Coaches/Instructors subject to change at any time without notice)

Along with several of our coaches listed above our Girls Gotta Play Summer camp will also include the following coaches adding to our high level staff of elite hockey instructors.
(Coaches subject to change without notice)

Additional Instructors and Hockey Leadership to be Announced Soon

(Coaches/Instructors subject to change at any time without notice)

You could win VIP tickets to the 2022 Premier League Mornings Live Fan Fest in Philly!HOW TO ENTER