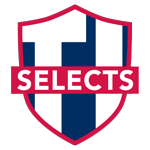 ***NOTE: 2020 MAS Season updates are in process and are forthcoming.  Please check back as info and details will be posted soon .***

Entering our 8th year of success, the Mid-Atlantic Selects will field teams for 2012 through 2003 birth years to compete in two regional tournaments (8U and 16U teams will compete in one). Teams are open to both boys and girls players. The program provides players with high intensity, instructive, and enjoyable practices and skill sessions, all delivered by the region's top coaches and teaching professionals and culminating with appropriately challenging game competition through tournament play.

Tryout/Evaluation and Selection Process This Year

For our 10U through 16U teams, a full commitment is required in advance of evaluations.  The TI staff will make preliminary team and playing decisions at the conclusion of our initial evaluations.  Considering the number and skill of players during training and approaching the tournaments, a final determination may be made as to which level teams will be entered in the tournaments and which players will be on each team. There is also the possibility that a player may end up not on a team and be offered a spot as a training only player or an alternate. Those players will receive a discounted MAS season rate.  Players me also choose to use that credit towards future Tomorrow's Ice programs or camps.

When necessary, MAS will consider extending an evaluation during an alternative period or host a scheduled supplemental evaluation/tryout to accommodate potential conflicts. Our intention is to provide reasonable opportunity to players wishing to participate. Players will be expected to register for MAS in advance and the sessions will have an additional drop-in per player fee.

The Mid-Atlantic Selects will offer an option for 8U (Mite) age players again this spring! 8U (Mite) players will not participate in a formal evaluation process prior to the start of the practice and skill development schedule. 8U (Mite) aged players birth year 2011 and younger will register specifically for our MAS 8U (Mite) program option.

The same is true with our 16U 'A' level age group for 2019. Please contact Jason Slusher directly to inquire if interested in our MAS 16U team option.

Features of the Mid-Atlantic Selects program are as follows:

MAS will field multiple 8U, 10U, 12U and 14U teams and one 16U team. Final decision about how many teams are fielded for each age group, the possibility of single birth year teams and at which levels those teams will compete will be determined based on the coaches' assessments of overall talent level after tryouts and evaluations. (Teams will be formed and play in tournaments at the 2019-2020 USA Hockey age levels. This better prepares players for their winter club tryouts and for competition in the 2019-2020 season.  Additionally, tournament rules require all teams be placed in the 2019-2020 season age groups.

Anticipated Teams and Levels in 2019:

*Note: At the 12U and 14U levels, MAS typically plans to field two teams playing at either the A or AA/AAA levels each spring season.  On some years, MAS has decided to field up to 3 teams at an age level and/or teams playing at the B level.

The schedule will run from mid-March (Tryouts/Evaluations) through the end of May (Tournaments), with planned time off during the CBHL club tryout period. 8U teams will begin practices in April.

Practice and skills sessions will be scheduled at various rinks throughout the Baltimore and DC Metro areas, which may include rinks in the following Maryland towns: Abingdon, Annapolis, Baltimore, Columbia, Laurel, and Reisterstown. Some ice sessions may be held in other rinks as needed. This will include Goalie training sessions.

MAS will continue to offer the MAS "North" and MAS "South" practice models for easing of weeknight logistics. Practices and skills sessions will take place at various rinks around Baltimore and DC Metro possibly in Abingdon, Annapolis, Baltimore, Columbia, Laurel, Reisterstown and other towns. (More details and rink locations shown in the DRAFT schedule tab).

Goalie instruction and training will be delivered by professional instructors in partnership with Defending the Crease Goaltending.  Additionally, the Mid-Atlantic Selects prides ourselves on providing TI staff goalie specific coaches at a large number of our practice and development sessions.

Age appropriate training and development curriculum will be followed.

At the conclusion of tryouts, should the MAS staff feel a player may not be "team ready", or that it would be in the best development interest for that player, we may offer spots as alternates/training only players. This option will be at a reduced cost and provide an opportunity to attend unlimited age specific sessions during our weekly schedule. This option will not include designated team only sessions unless otherwise invited on a case to case basis.  This option may also be offered to those players not selected for one of the MAS teams and/or when MAS decides not to field a team at a particular level.

*Teams and levels are subject to change based on total number of players and skill level assessments. Such changes and decisions will be left to the discretion of MAS coaches and leadership.

For questions or further inquiry, please contact Jason Slusher, Hockey Director via email or phone at 410-459-8887.